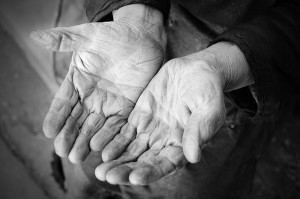 Nightwatch was founded in 1976 when a group of local people came together concerned after the death of a homeless man in Croydon. Their interests coincided with those of Rev Martin Wharton of Croydon Parish Church who had spent many nights walking round the borough meeting homeless people. Rev Martin was the first chair of the organisation, and for the first sixteen years Nightwatch was based at the Parish Church Hall.

Nightwatch built up facilities and hostels over the following years, always retaining a strong volunteer base. By the early 1990s, there were three Nightwatch hostels but homelessness in Croydon was increasing. The effect of government policies and general social changes massively increased the numbers of homeless people we were seeing while at the same time restricting the availability of new housing.

Changes to the legislation relating to hostels meant it would be better for them to be run by a housing association. In 1992 we gave our hostels to the Croydon Churches Housing Association and expanded street level work to confront the new homelessness crisis. In 2005 we renovated a derelict church building in central Croydon for use as a kitchen and store. In 2013 we were warned we would be losing the lease on this building and we moved to another hall, storeroom and kitchen. We do no advertise the location of this building or our hosts would have homeless people turning up at all times. We see them in the Queen’s Gardens at 9.30.

Supplementary material is available on request: ‘A Century of Caring: 25 years of Nightwatch’; this history of Nightwatch was prepared for our 25th anniversary. Martin, by now The Rt Reverend Martin Wharton, Bishop of Newcastle, came to join us for the commemoration.